Need it now? For ready to ship items click here Have more questions? Need to chat? Call us on (03)90773792 You can book an appointment at our Melbourne showroom here

Furniture-designer, dad, former stuntman — Bryce is a jack of all trades and made the perfect collaborator for our first ever sofa.
Share Pin it 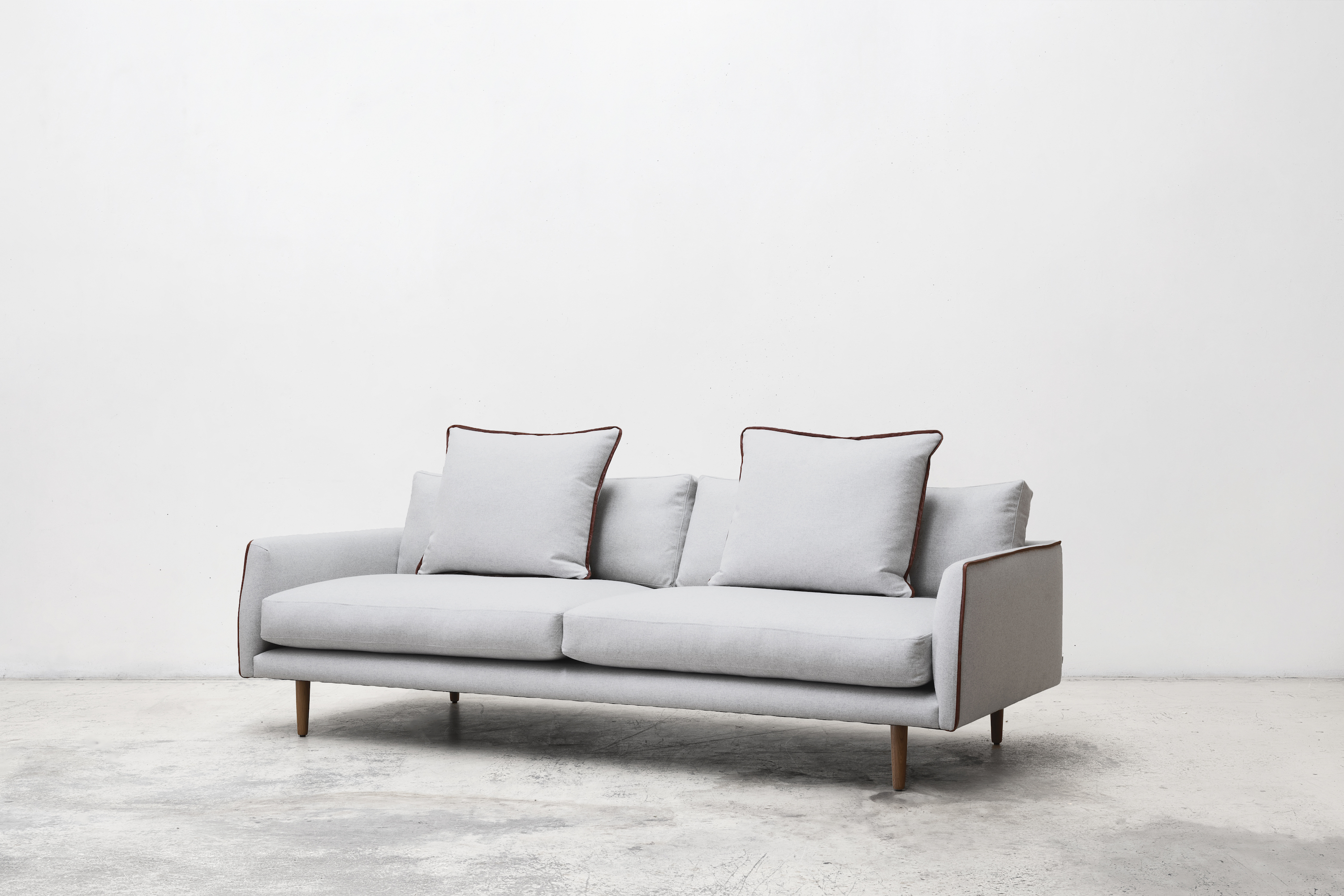 Adding a sofa to our range has been a dream since the get go. Since we’re new to the sofa-design game we needed the experts on board. We brought in Harbro Furniture, another Melbourne-based design studio, and immediately knew it was a match made in heaven.

“Our goal was to create a sofa that would compliment and pair so effortlessly with our existing range,” Rae says. “Neither Harbro or we were willing to compromise on quality, so that led to a making certain only the best materials were used.” With classic materials and neutral colours, Bryce Hardy, managing director at Harbro, helped to make our dream a reality.

Before joining in his father’s business designing high-quality furniture, a business he began over 45 years ago, Bryce was a stuntman and actor and a ridiculously cool one at that. “Bryce is a legend. He’s the kind of Aussie laid-back guy that you meet and find yourself in a long chat with, then realising you’ve bantered for about an hour,” Barnaby Lane founder and designer Rae Maxwell explains of the first meeting.

With an almost-obsessive attention to quality and comfort, partnering with them was a no-brainer. “The first time I visited Harbro, I sat down on one of their sofas and almost fell asleep; you literally sink into them. Admittedly I was sleep deprived and 6 months pregnant but surely that’s the best test!” 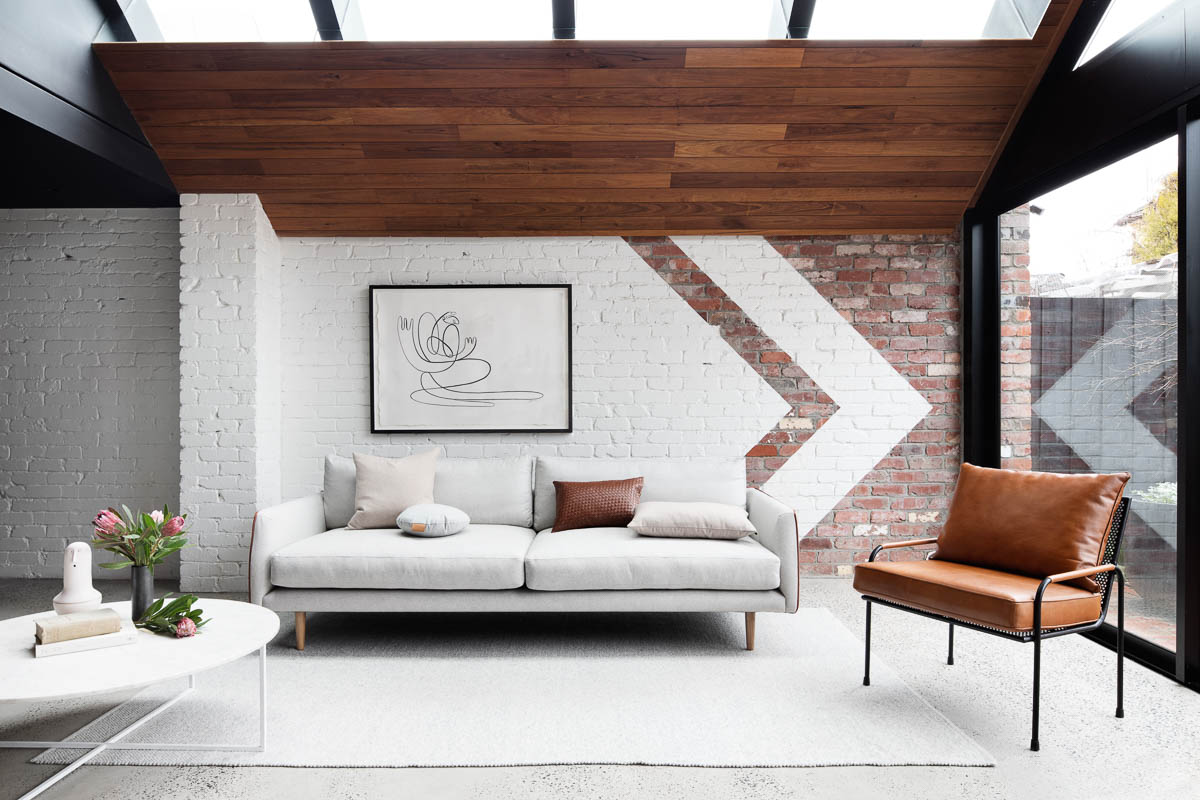 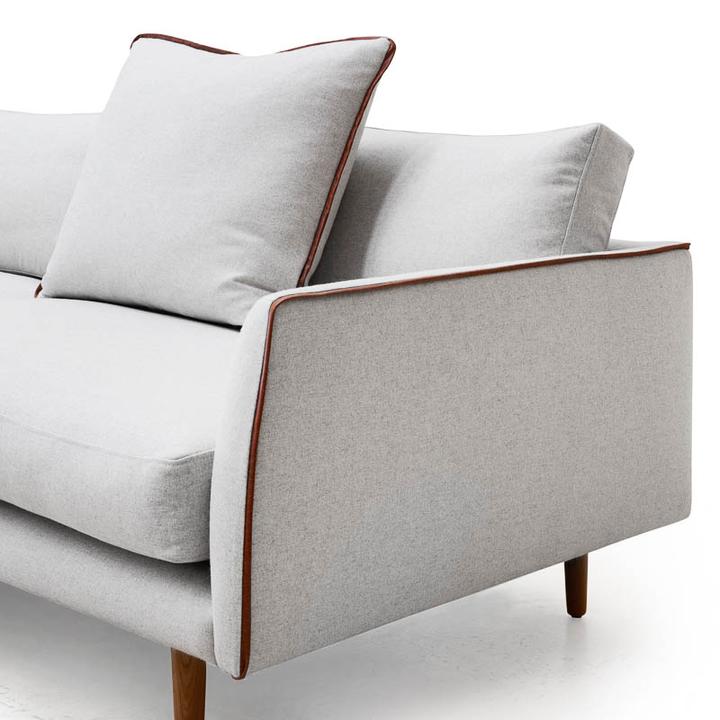 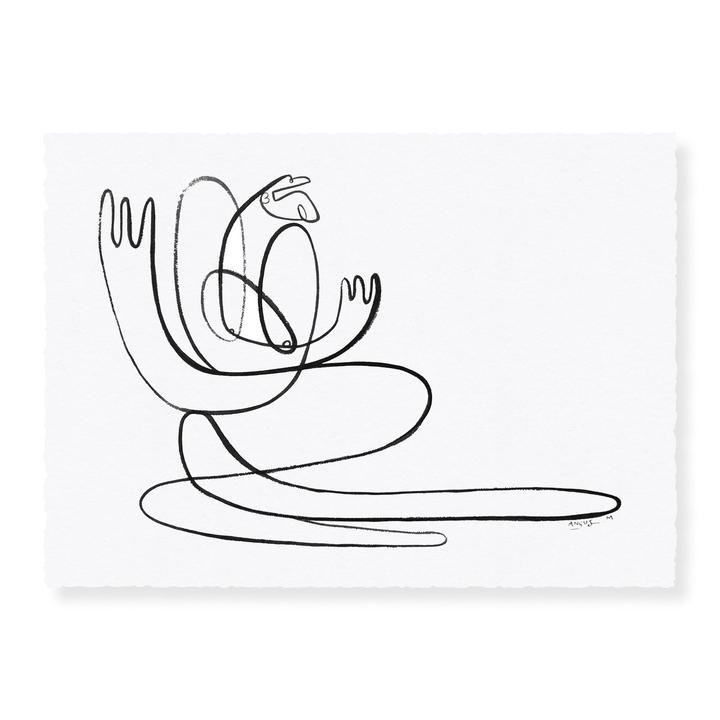 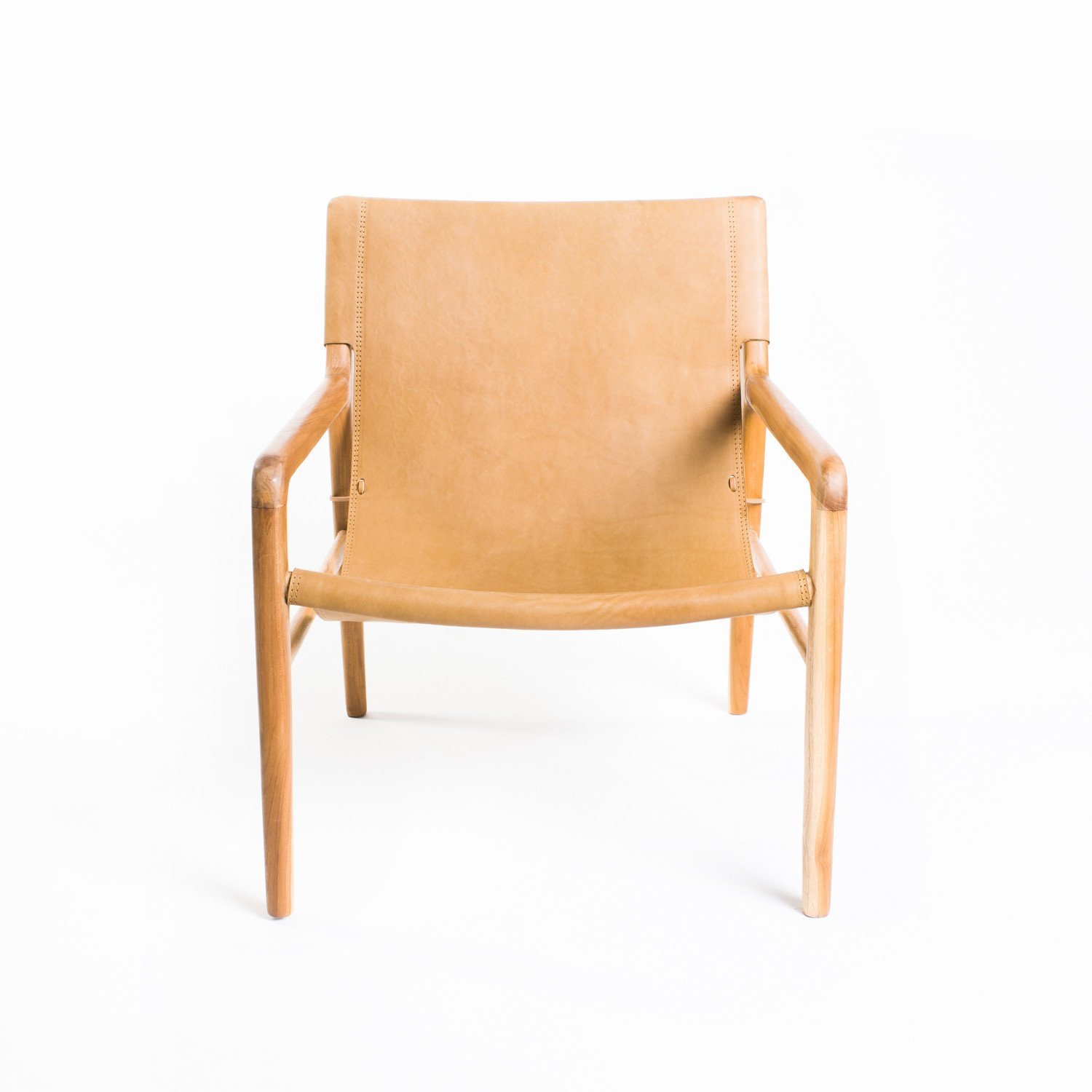 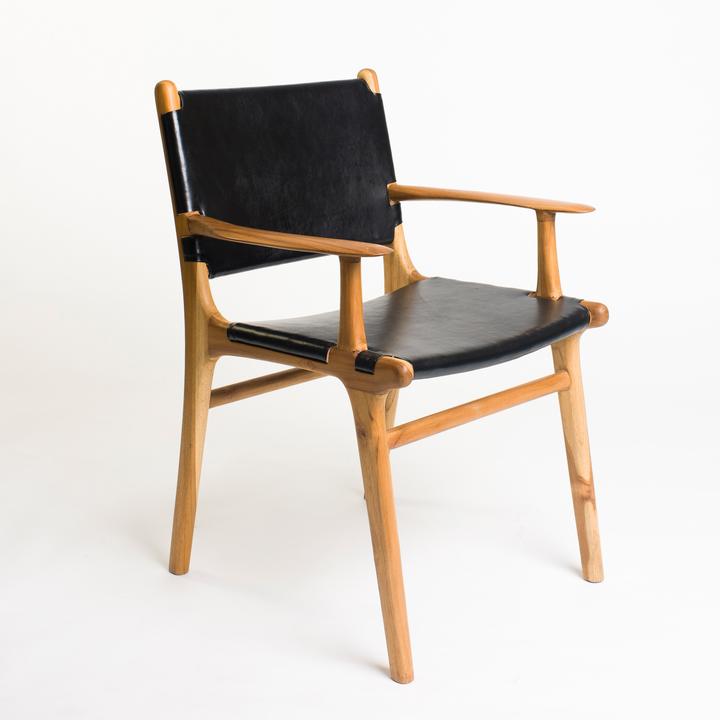 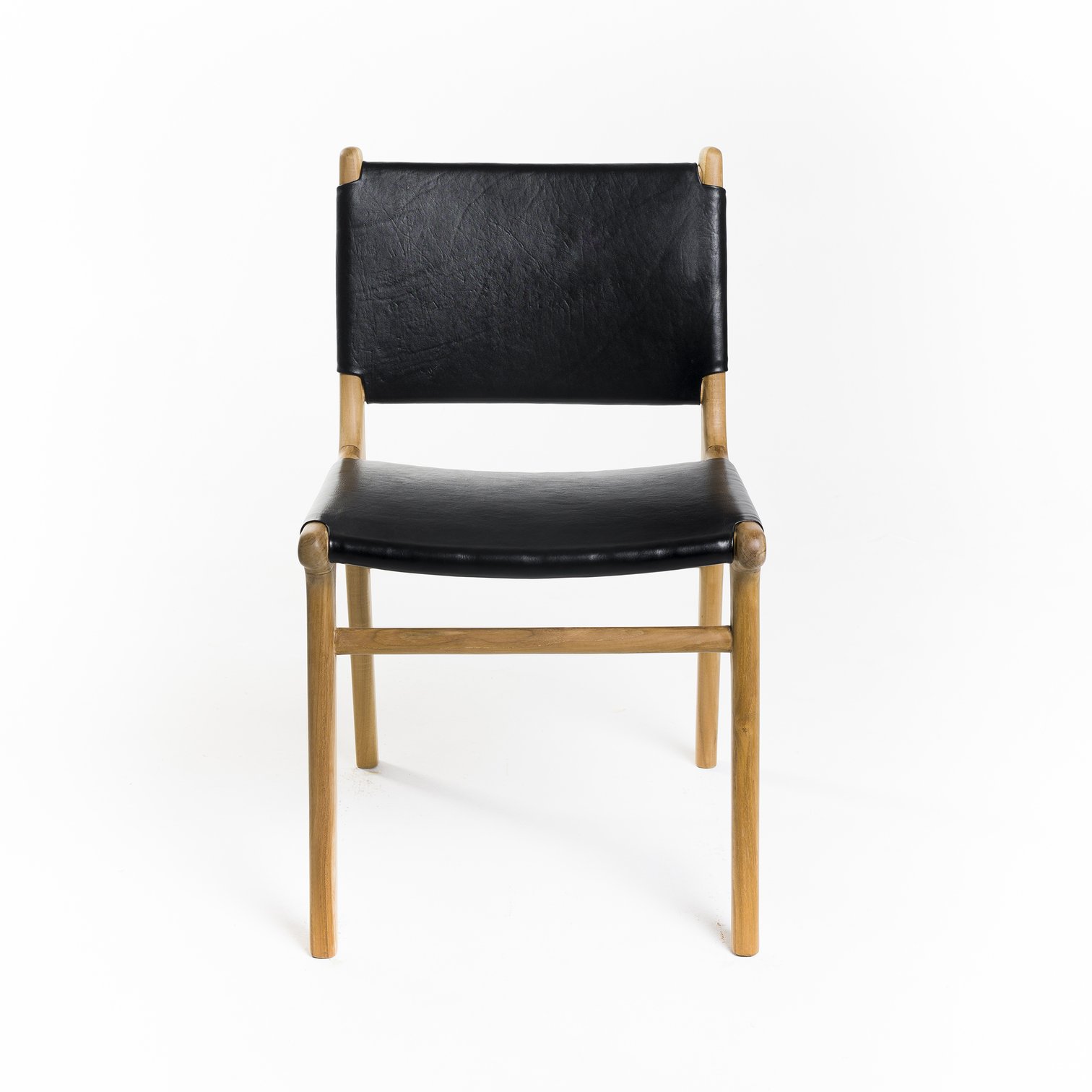 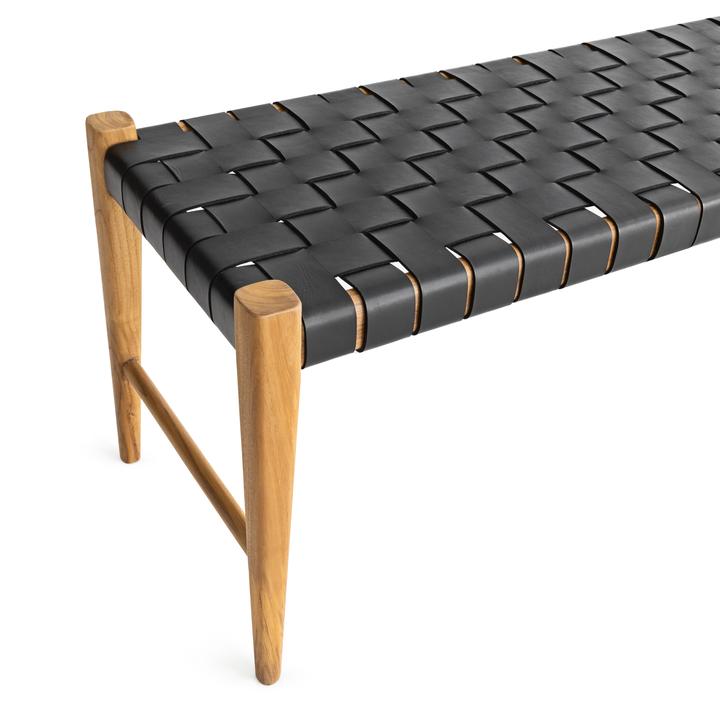 The entirely collaborative process landed us with two sofas that marry Harbro’s attention to craftsmanship, quality and comfort with our focus on laid-back sophistication. “The natural coloured timber legs and clever, subtle use of leather throughout the range is synonymous with Barnaby Lane,” Bryce tells us. “Feather and down cushions and the handmade craftsmanship that Harbro is known for compliment Barnaby’s style.”

Much like the rest of our range the collection is effortless yet oozes style and class. We’ve got a certain affinity with the quintessential Aussie laid-back aesthetic as seen in our relaxed leather furniture, and we made certain to design a sofa that can be easily incorporated into your existing decor.

The style of The Croft is true to both brands, and we couldn’t be more excited to bring it to your home!

Continue on for our interviews with Bryce and Rae to get to know the two designers behind this gorgeous collaboration. 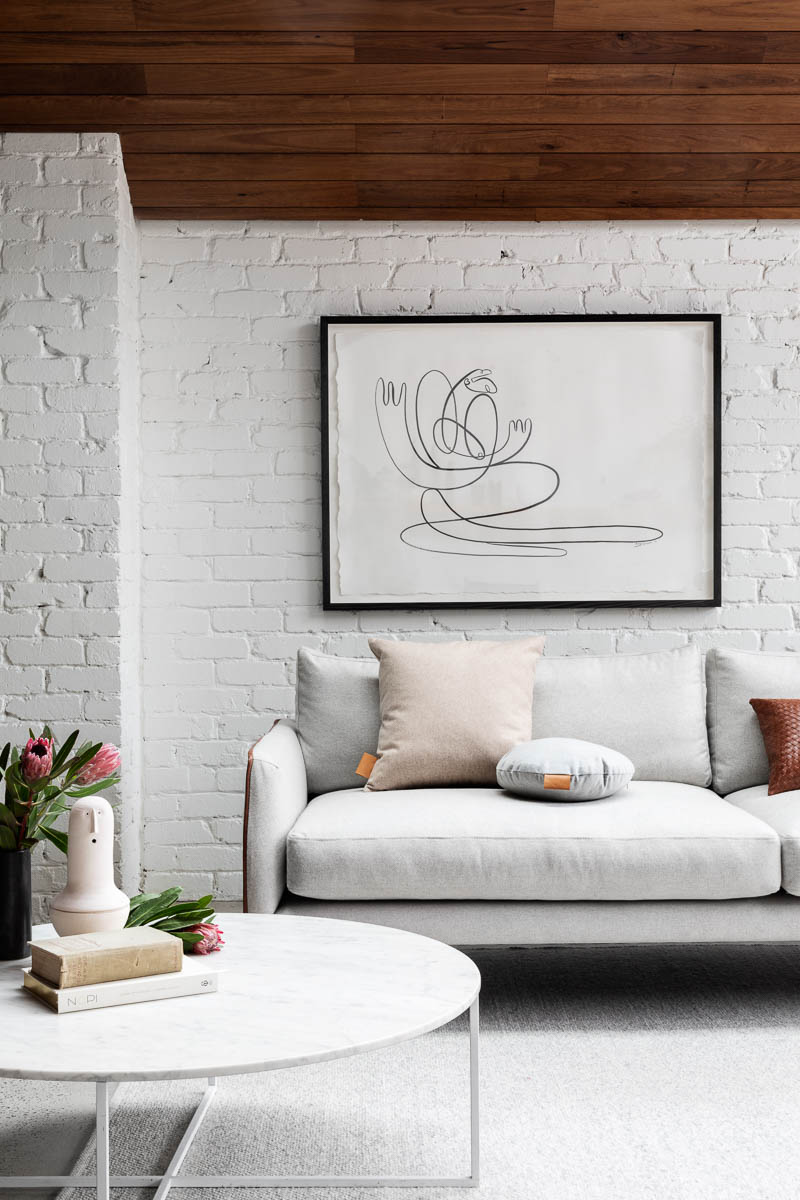 You are the complete definition of a multihyphenate; stuntman, actor, furniture designer — these are just the ones we know of. Basically, we think you have the coolest resume. What other hats do you wear in your life?

Bryce: Ha!! I’d have to say my most important role I have now is Dad / Husband, and in that order! As someone who can do nothing but follow my heart, I really believe it was already written in my script and life has just been playing out. I also feel only now am I beginning to arrive at the things in life that really matter. So yeah, the resume is pretty cool, but I’m even more excited to see where it heads from here.

What made you decide to get involved in Harbro?

Bryce: My father forced me into it.. No, just like the rest of my life, it just organically happened. In between my stunt work, I had a bit of time on my hands so I decided to give my father a hand doing some deliveries, etc. I’ve always been someone that believes you can achieve what you want and building a successful business is an itch I’ve always had. I would find myself driving around in the little old ute dreaming of what we could achieve if I gave this a shot. The passion grew, I couldn’t resist the urge, and here we are 8 years later.

Outside of not risking death at work every day, what have you enjoyed most about your transition to furniture design?

Bryce: It’s a combination of a few things, one being the challenge of coming to work everyday with the goal of building this brand into what I believe it can be, that coupled with the fact that Harbro was started by my father over 45 years ago. It’s all he has ever known and it’s been our families staple for life. If I can put everything I have into this, I can replicate that for my family. That makes me super proud.

If you could design a custom piece for anybody, living or dead, who would it be?

Bryce: Right now It’d be Gary Vaynerchuck. To say ‘thank you’ for his constant reminder that being a good person and doing the right thing is always the right thing.

How on earth did you get involved in stunt work? What kind of stunts do you do?

I grew up competing in gymnastics at state level and played pretty much every sport I could get my hands on which helped me with the body control and coordination I needed to be able get my foot in the door. I wasn’t sure what I wanted to do out of high school so I searched for some acting classes in the yellow pages, signed up, got an agent and started booking a few Tv commercials etc, Literally 10 years later I was having a conversation with another actor friend of mine telling him about an action scene I had to do for an independent film I’d been working on, He paused, I saw the light bulb go off in his head, then he said.. Why aren’t you doing stunts? I was graded and working within 3 months and have been doing so for the last 10 years.

Body control stunts (fight scenes, wire work or generally getting beaten up and thrown around ) and driving is where I get most of my work.

What is the single coolest stunt, or one you’re most proud of, you’ve performed on camera?

Bryce: Ha! Thats a tough one.. I don’t really have just one. As you can imagine stunts are hardly ever straight forward, there are always aspects of it that push you way past your comfort zone, So when you walk away with the desired result and everything intact, it’s a good day.

Knowing you challenged yourself, everyone pulled together as a team and got the job done, that’s what makes me proud. One of the more recent jobs I was lucky enough to be a part of was a fight scene on an Australian film called Upgrade, This actual fight scene (kitchen scene) has recently been nominated for a Taurus world stunt award (there’s no bigger award in the stunt world). That’s pretty cool. 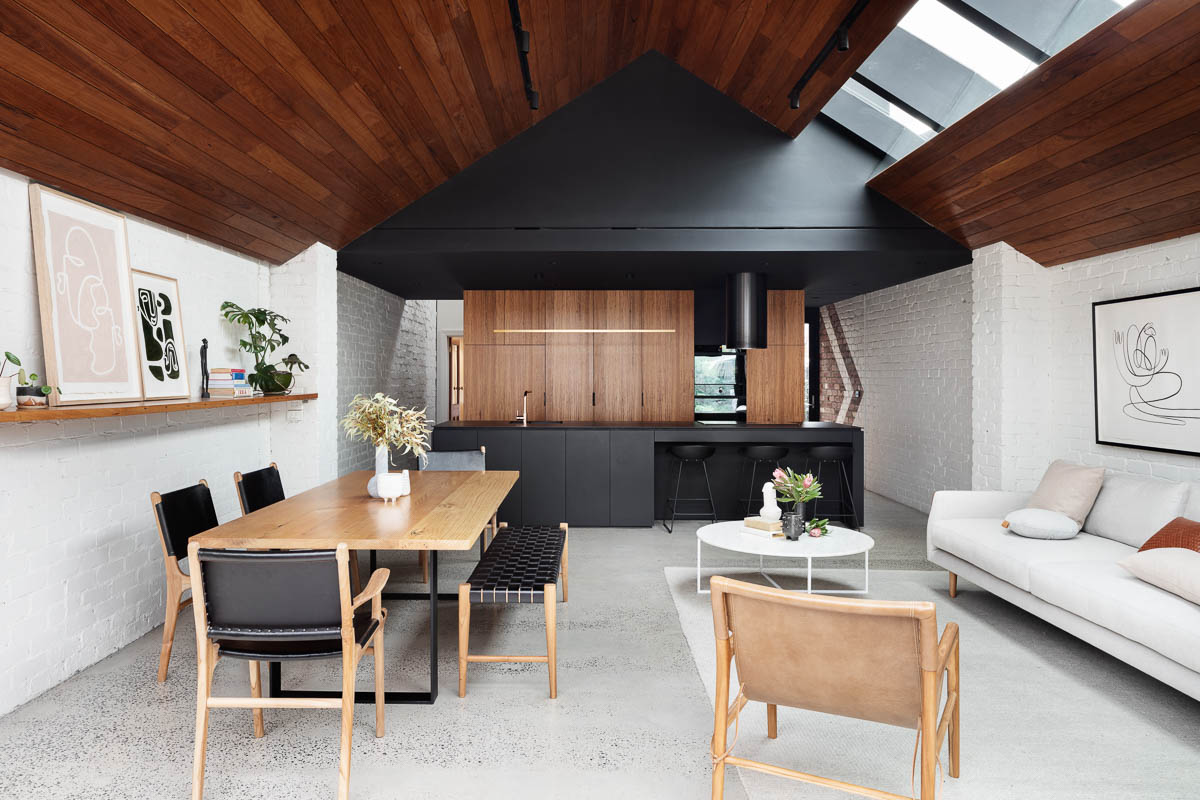 Bryce: It’s been ridiculously smooth, from the initial emails and first meeting right down to the final product, It’s been a lot of fun, we’re two very similar people / brands that know exactly who we are and what we want and more importantly how we want to get there.

The products are stunning, the quality is extremely high and the relationship is all about love and support. There’s no ego involved at all which is really refreshing. It’s been an absolute dream and I’m excited about where we go from here!

Rae Maxwell, Barnaby Lane: Bryce is a legend. He’s the kind of Aussie laid back guy that you meet and find yourself in a long chat then realising you’ve bantered for about an hour ! So the collaboration process was super fun. Alongside his Dad Brian who is really the history of the brand and has worked in the industry for over 30 years his was a wealth of knowledge and experience was a privilege for us to work with.

The sofas are a gorgeous marriage of both Harbro and Barnaby Lane’s styles! Where can we see each brand’s influence on the finished products? (In other words, which aspects reflect Harbro and which reflect Barnaby Lane?)

Bryce: Thank you, we agree. I feel we’re both very similar brands that are playing in slightly different fields, Both brands have been created to fit and fill a very similar criteria so it’s quite clear to see how we came together and why we’re such a good match. The natural coloured timber legs and clever, subtle use of leather throughout the range is synonymous with Barnaby Lane, which is complimented by feather and down cushions and the handmade craftsmanship that Harbro is known for.

What five words would you use to describe Barnaby Lane?

Both Harbro and Barnaby Lane focus on designing very high quality furniture, yet have totally unique looks. What was it like co-designing with another stellar furniture designer?

Rae Maxwell, Barnaby Lane: This is the first sofa that Barnaby Lane has designed so we knew that we had to pull in the experts. When we first laid eyes on Harbro’s product we instantly fell in love. There are a lot of sofas in the market and they all differ in quality. As soon as you see a Harbro sofa, you can see the quality of the material and the craftsmanship so we knew that they were the partner for us. The fact that they are born and bred in Melbourne was another plus. We have a really similar design aesthetic so it was very easy to get done; that combined with a ‘let’s get it done’ attitude, and it honestly didn’t take us long at all.

How did the process of co-designing sofas differ from the leather furniture and cushions you’ve designed in the past?

Rae Maxwell, Barnaby Lane: The co-designing process was not too dissimilar actually; it was choosing the right materials and the aesthetic we were trying to achieve to compliment our range, the craftsmanship we left up to very talented team at Harbro. We’ve learnt a lot too, the team at Harbro only uses hardwood frames and the best fillings on their cushions; it’s these things that you really notice as you sink into the sofa. I think the first time I visited I sat down on one of their sofas and almost fell asleep - you literally sink into them. Admittedly I was sleep deprived and 6 months pregnant but surely that’s the best test!

If you could place the BL X HARBRO sofas in any home you’d like, how do you envision the aesthetic?

Rae Maxwell, Barnaby Lane: It’s the kind of home that is a modern family home, pared back, yet really well considered in all aspects. It’s livable, its’ fuss free, but it oozes style and class.

'barnabylane.com.au' ships to Australia only.

'barnabylane.com' ships to North America only. Take me to the AU store

Take me to the US store